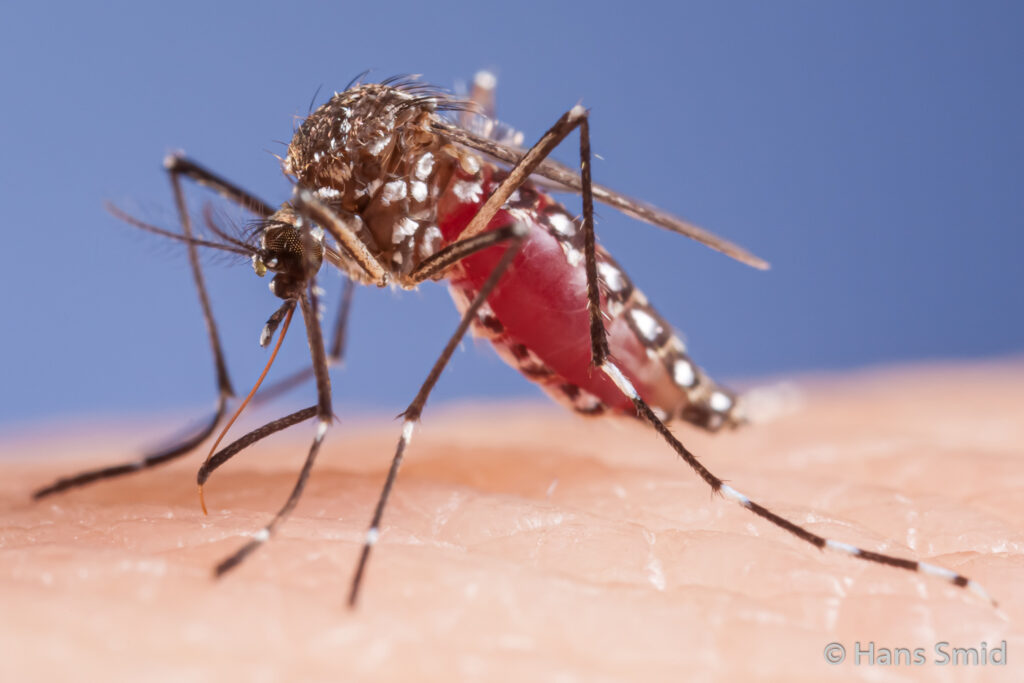 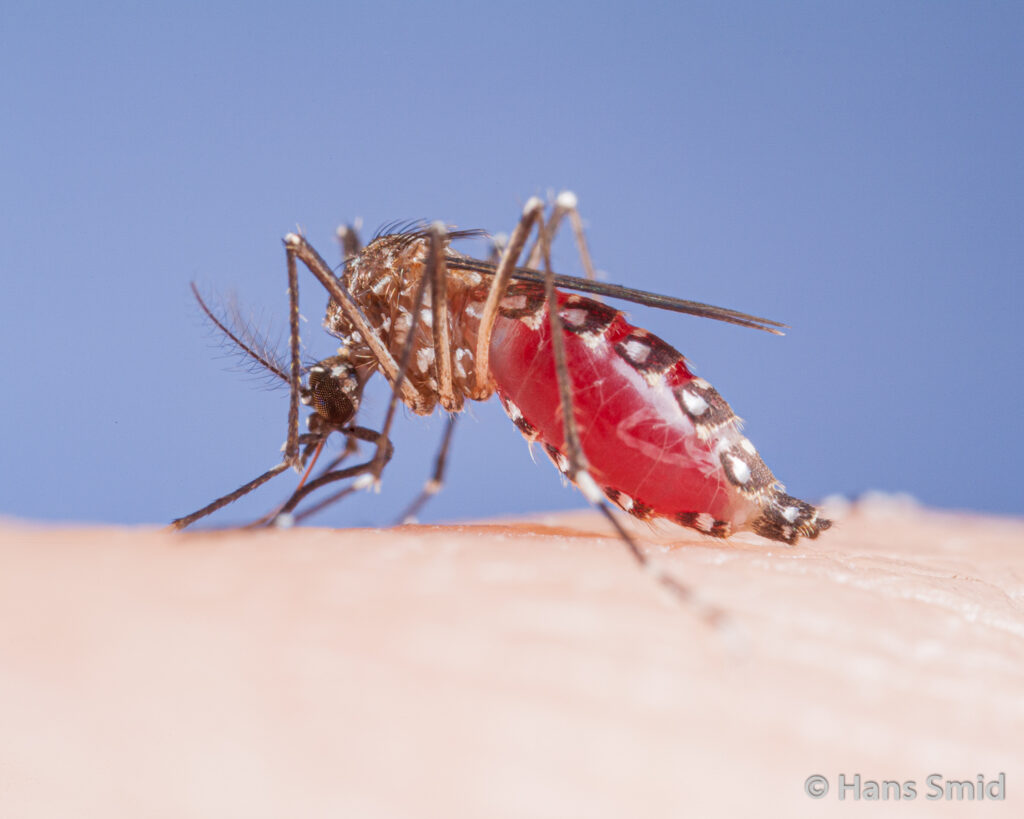 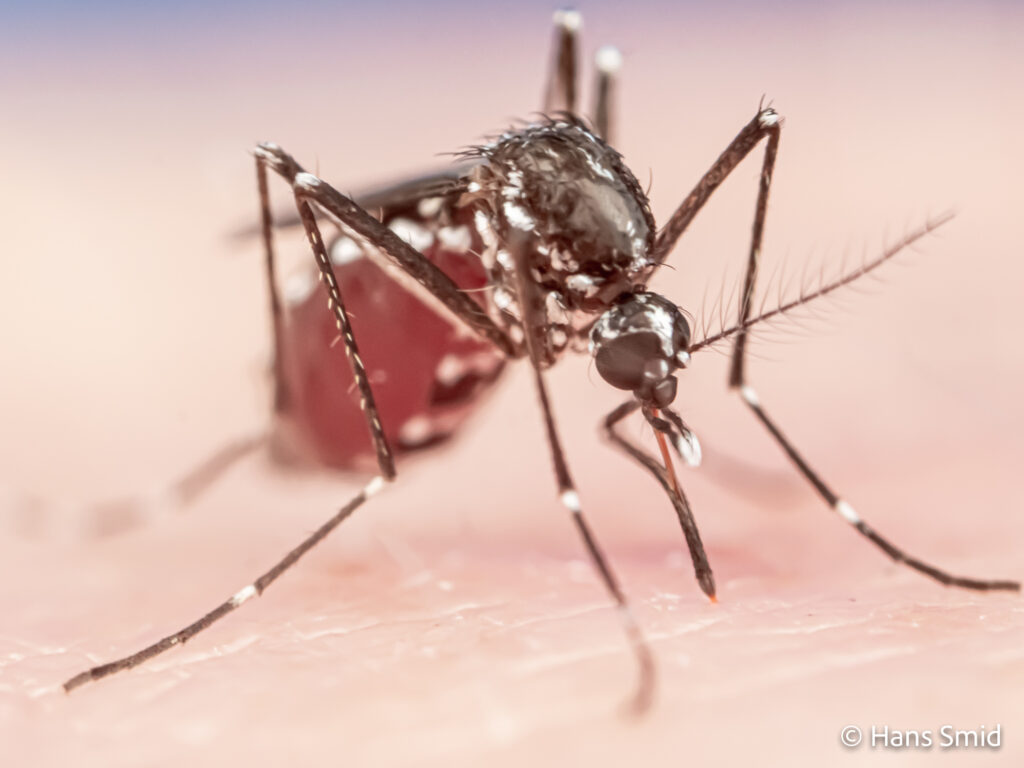 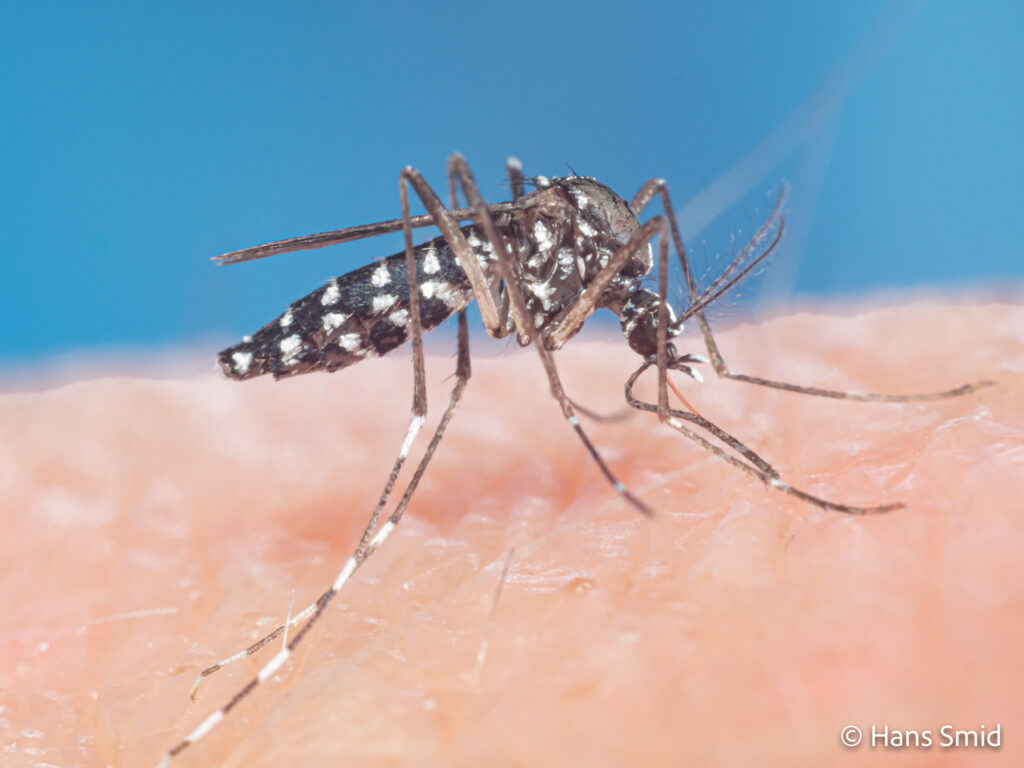 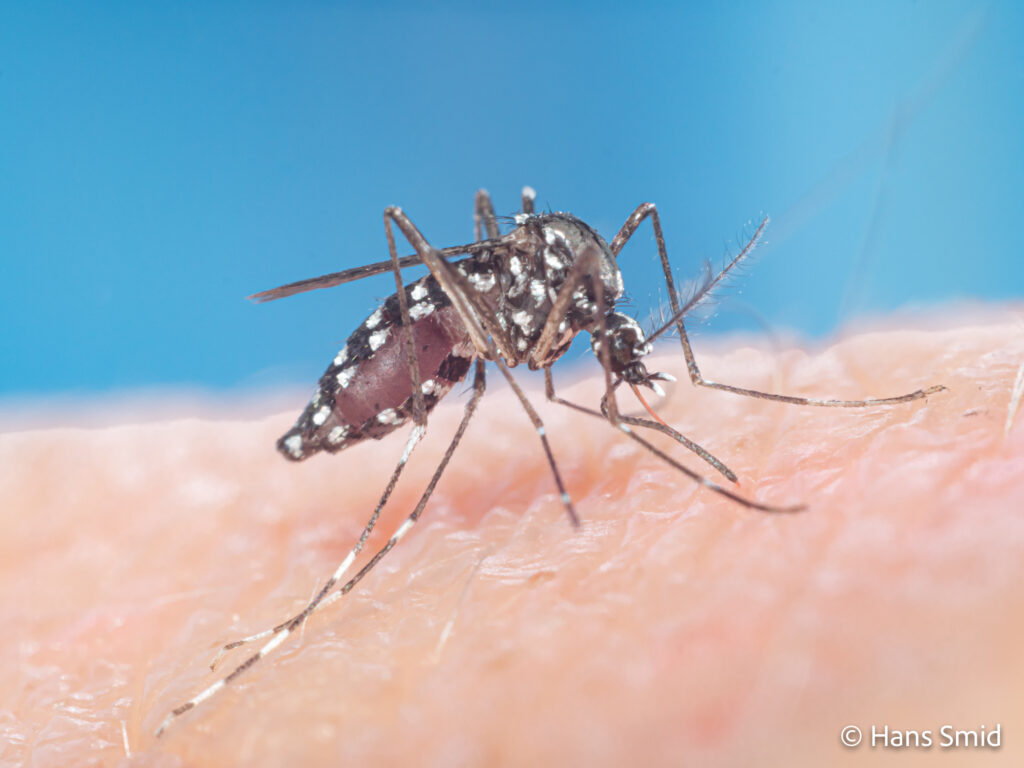 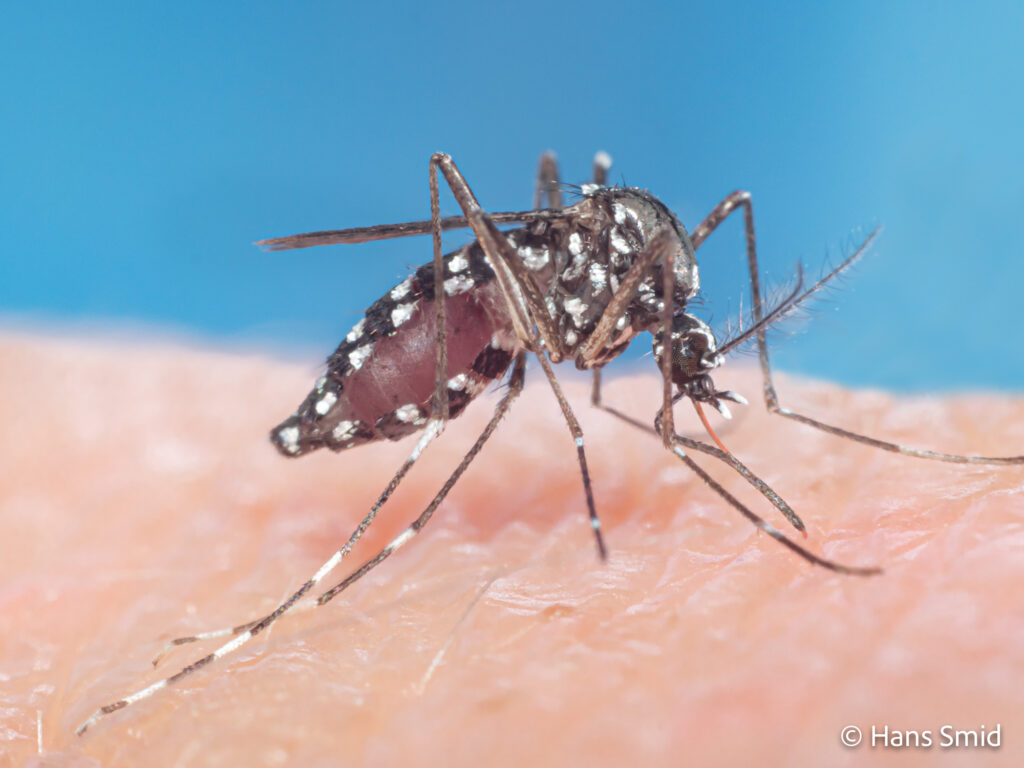 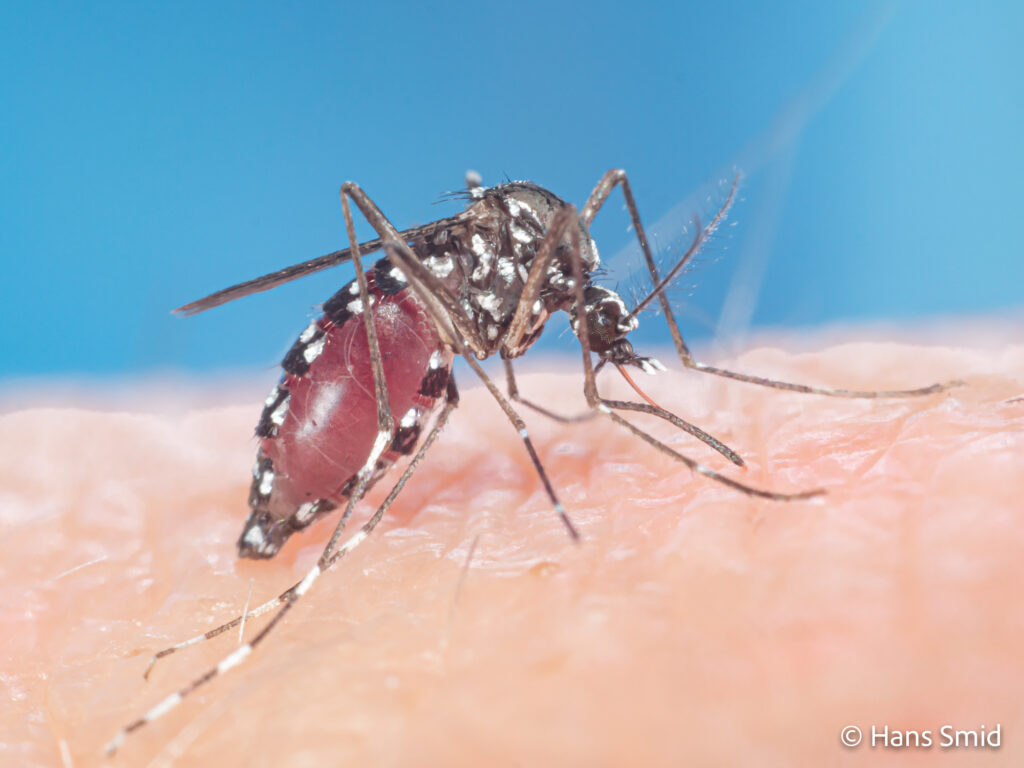 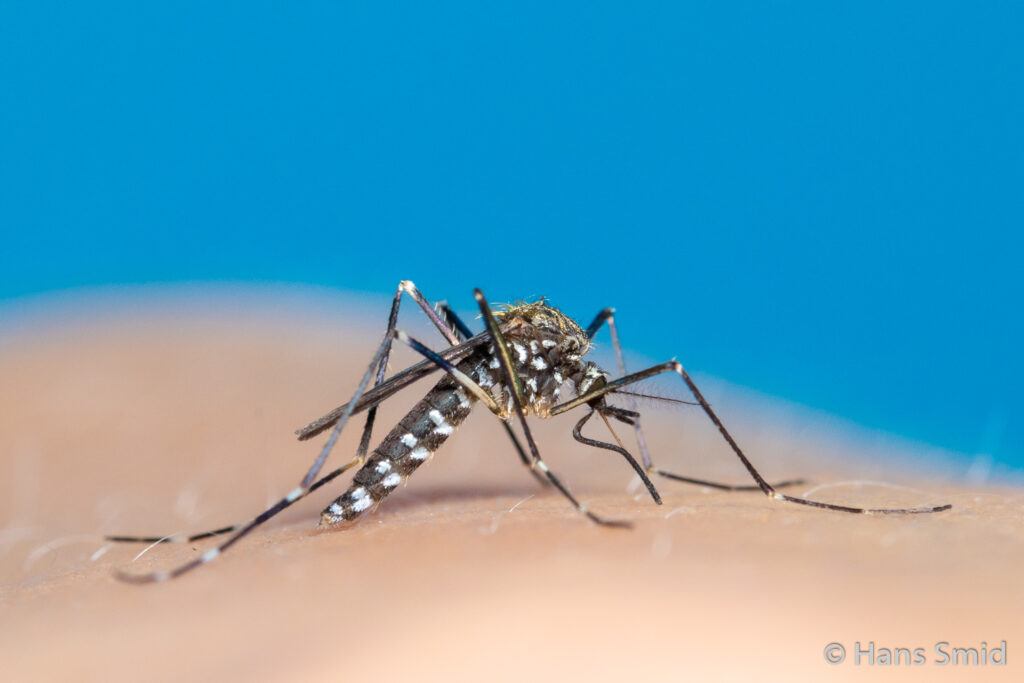 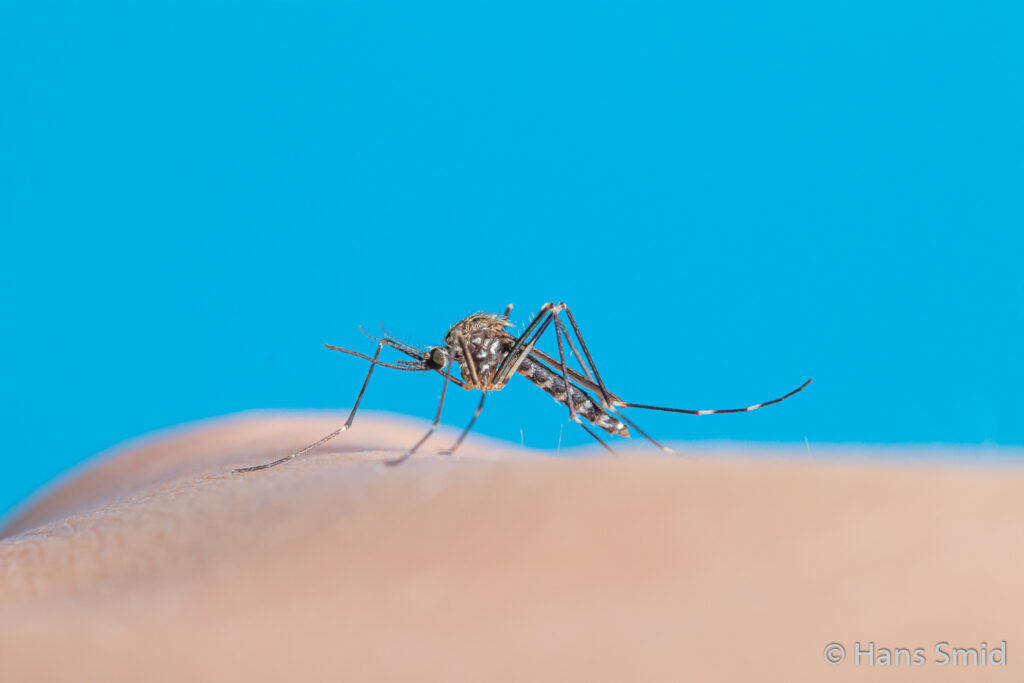 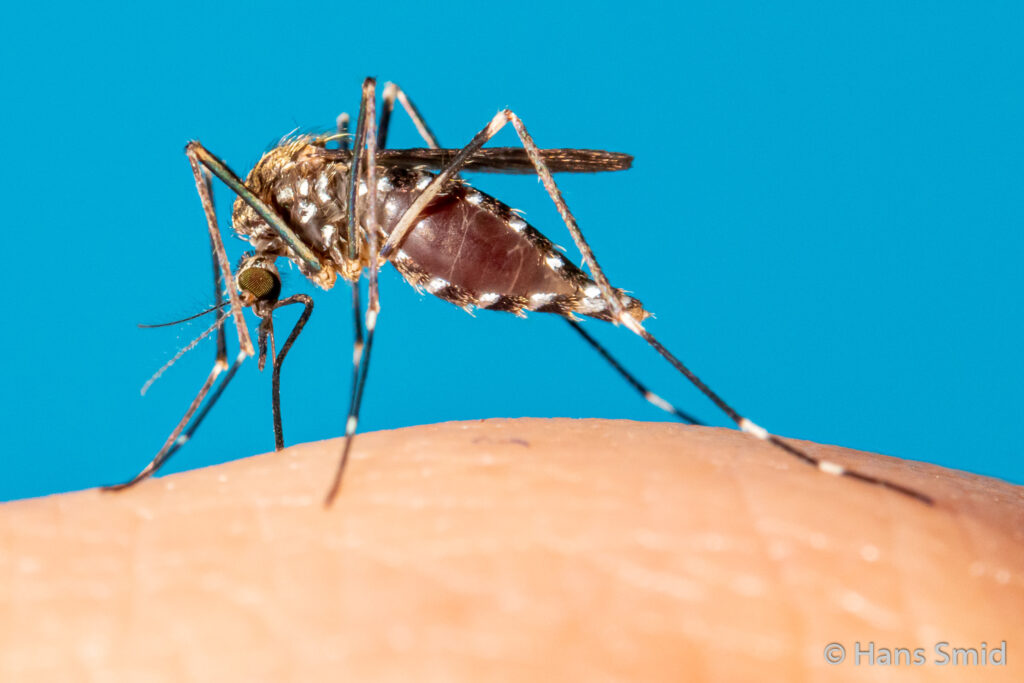 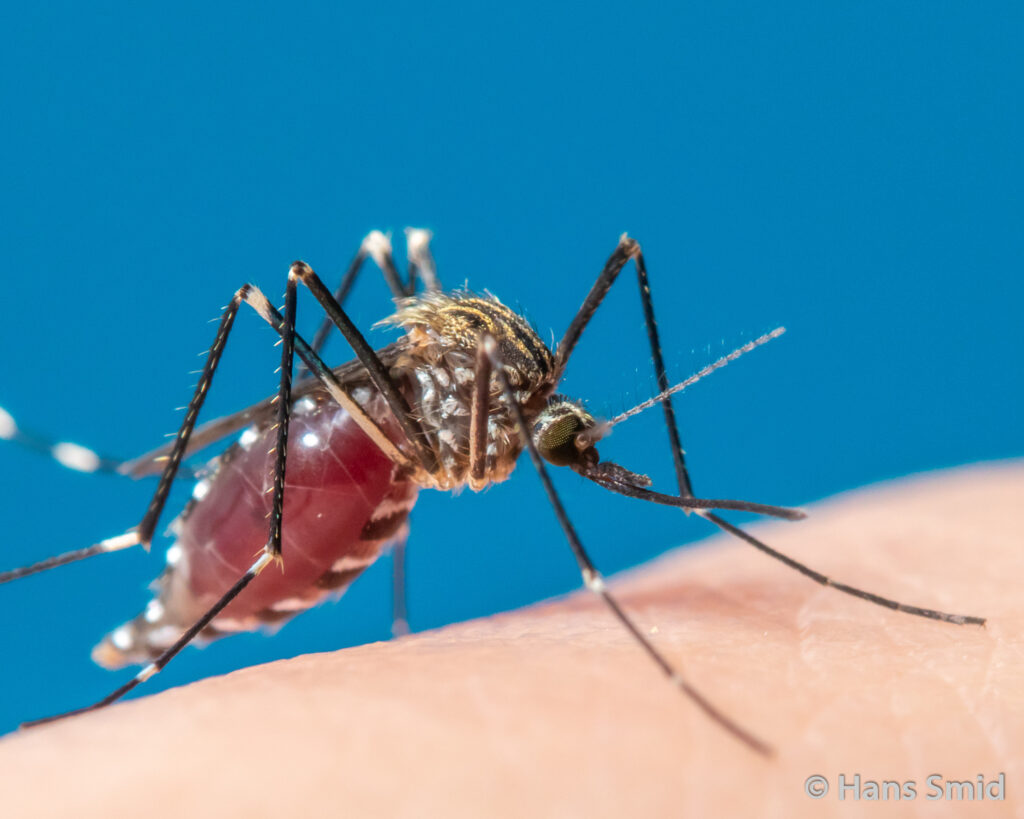 The species Anopheles atroparvus, common in Europe. This species was a malaria vector in Europe, until malaria was eradicated after the 2nd world war: 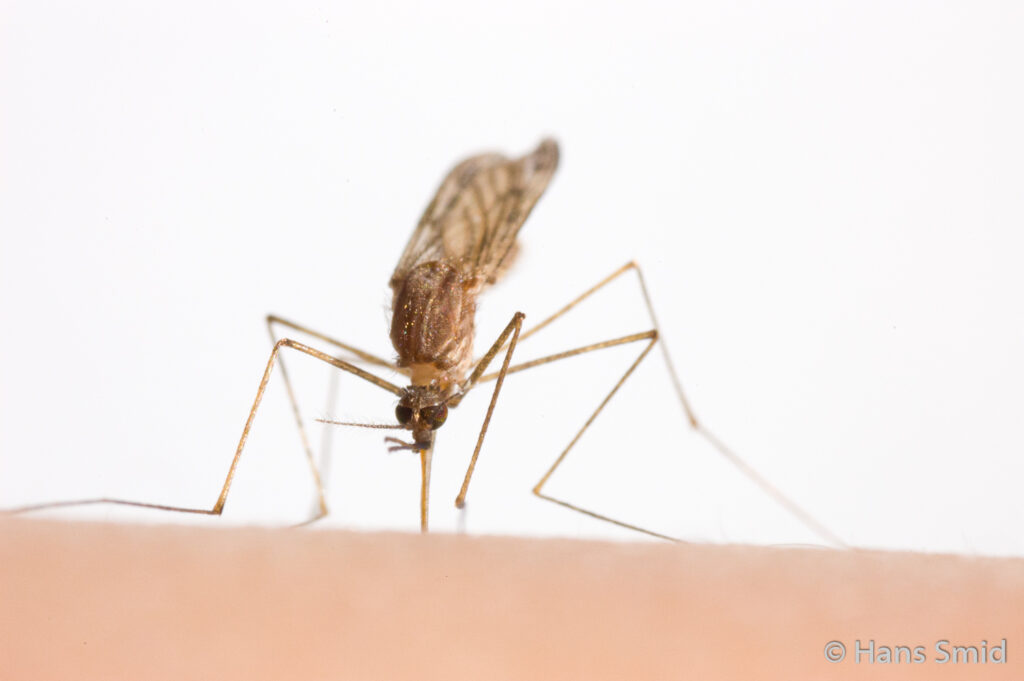 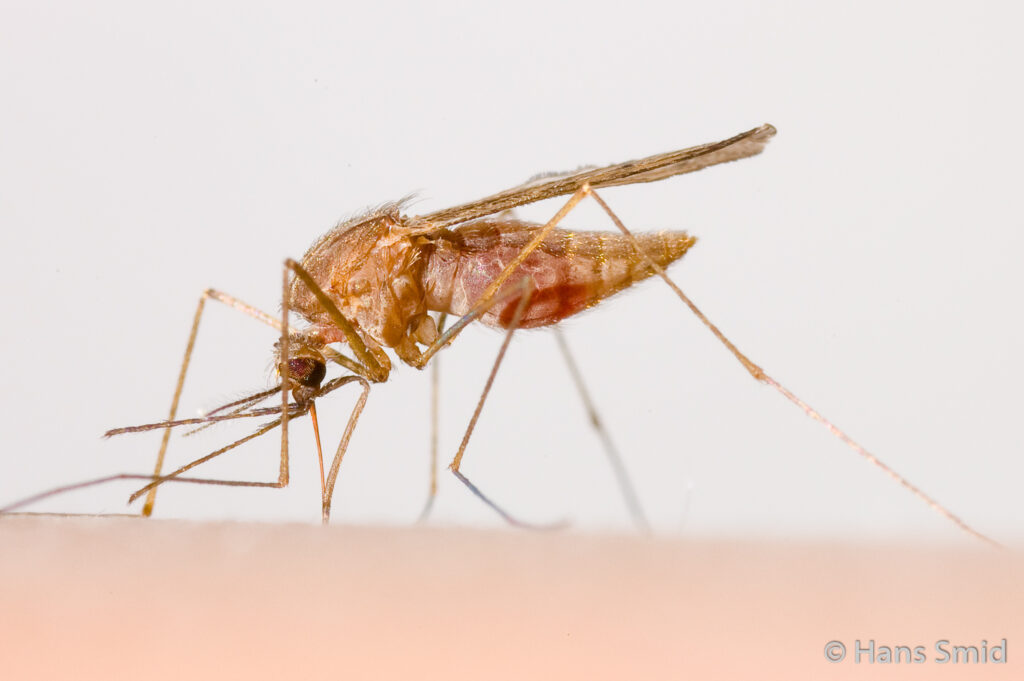 The malaria mosquito, Anopheles gambiae, vector of the most dangerous malaria parasite: 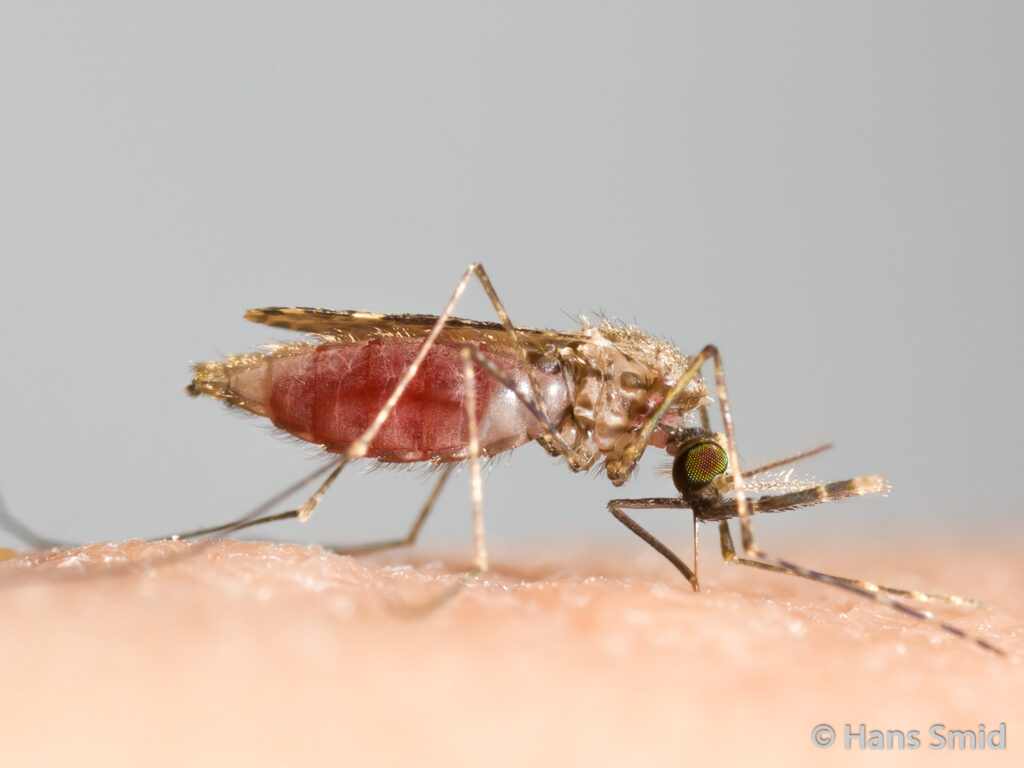 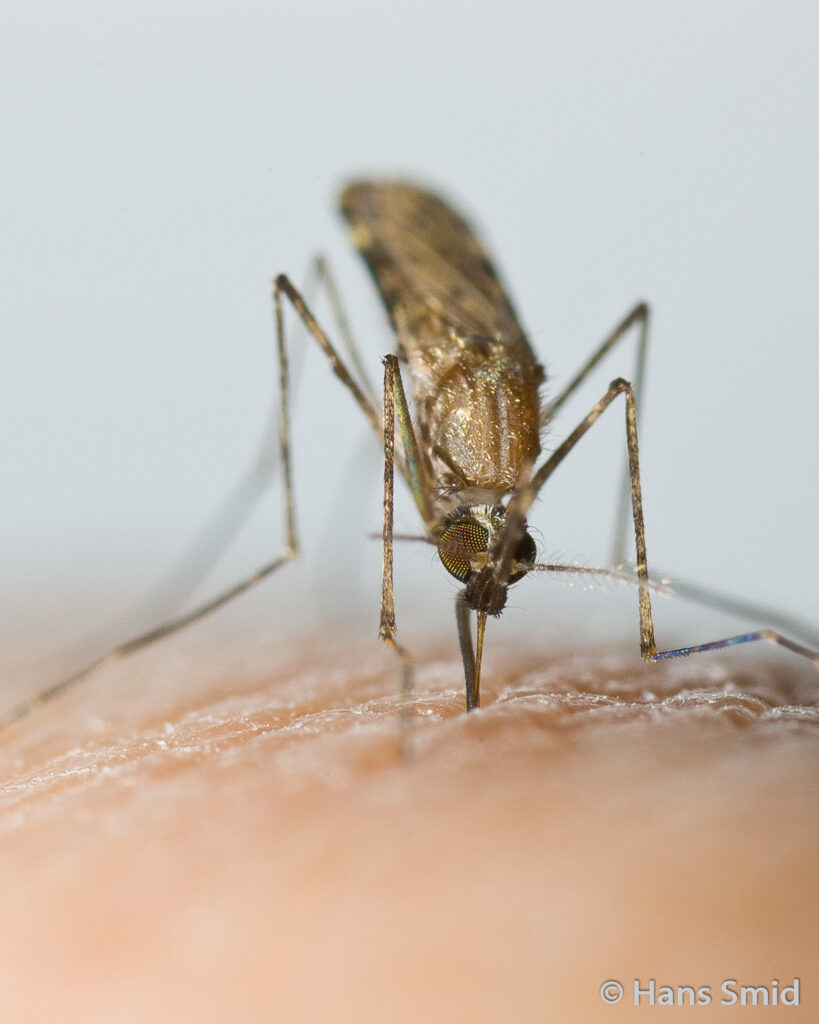 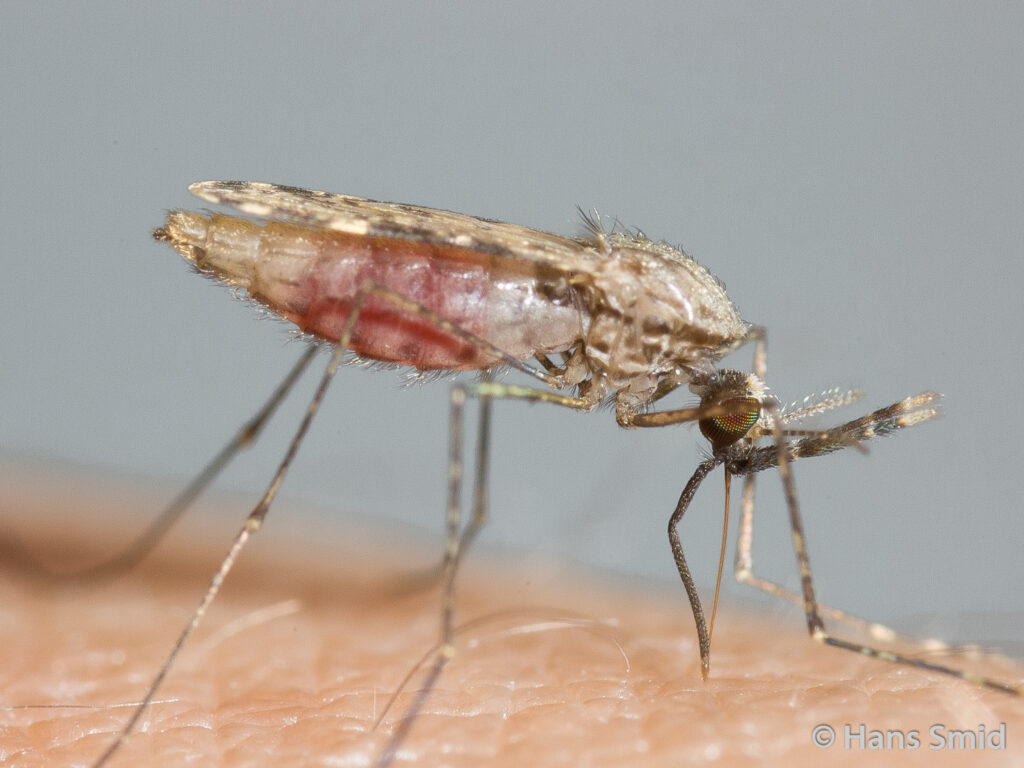 The common house mosquito, Culex pipiens. For the interactive view in the 3rd photo, I have put the mosquito on a daisy flower for support, since the specimen tends to bend during capturing when put on a needle. So this setting was not encountered in nature. 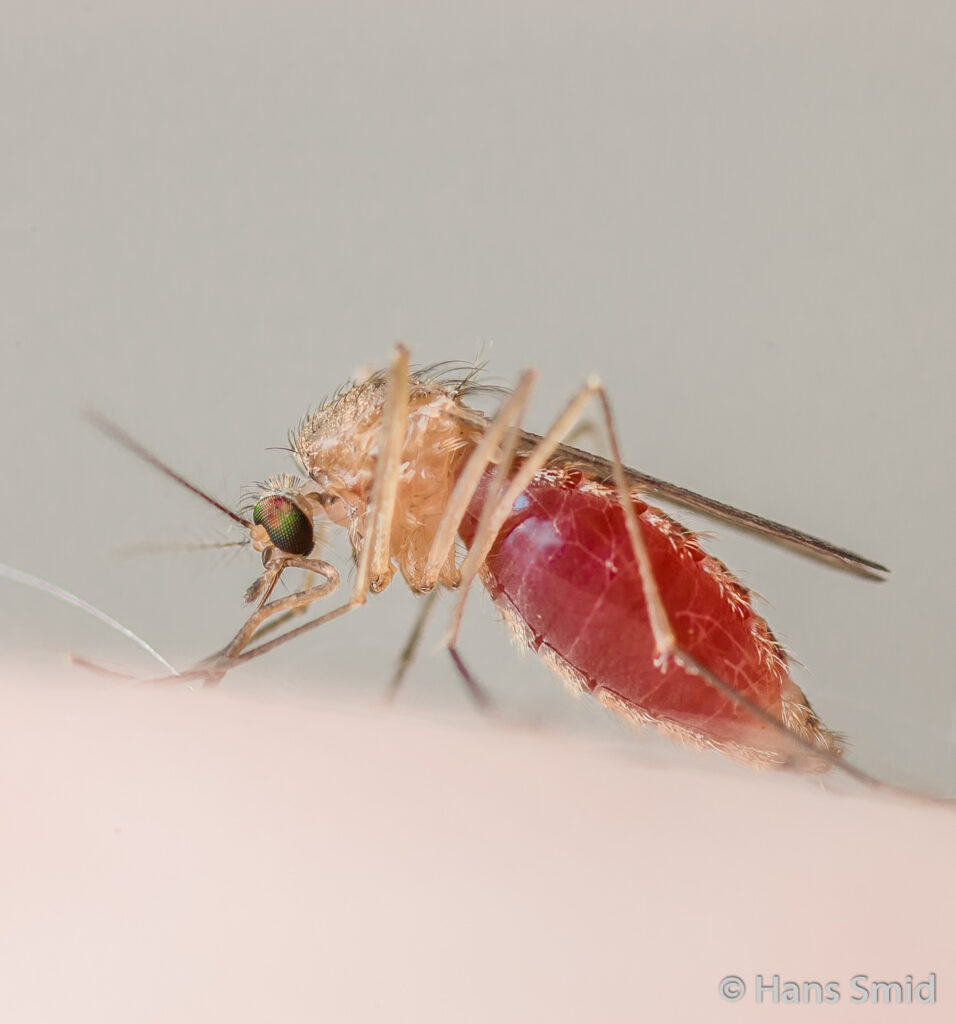 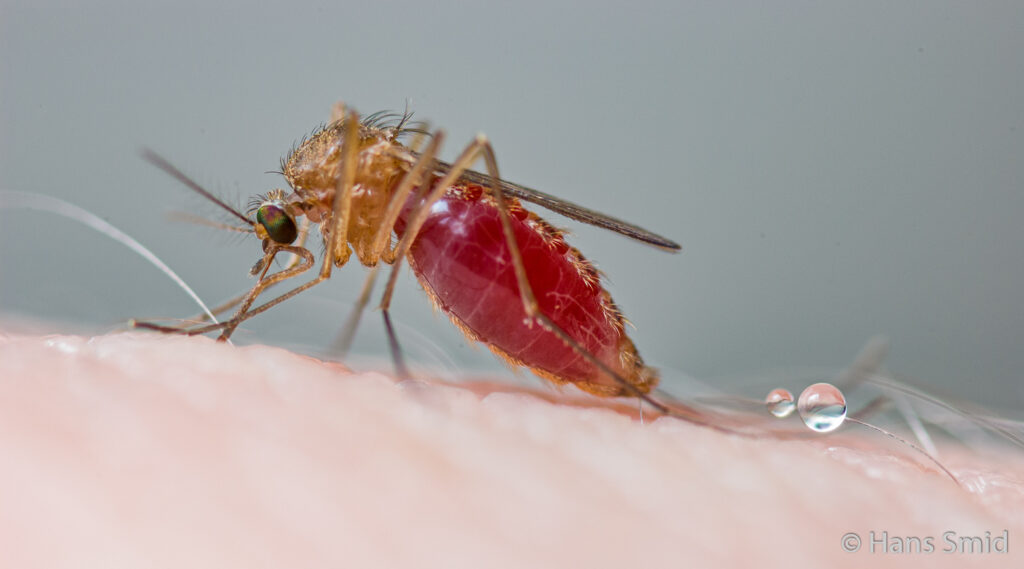 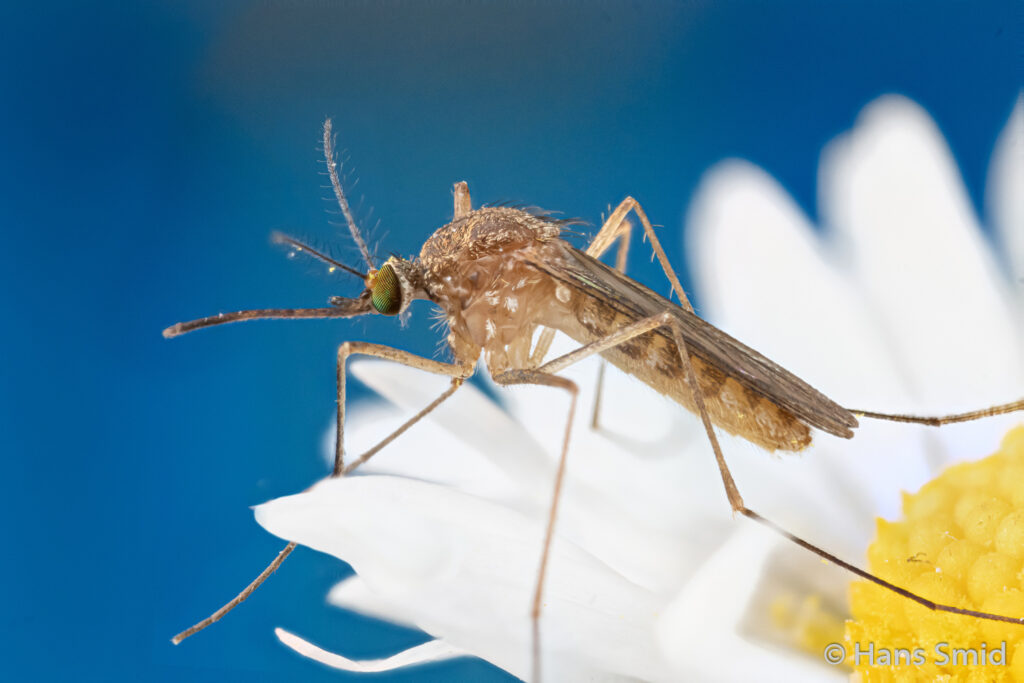 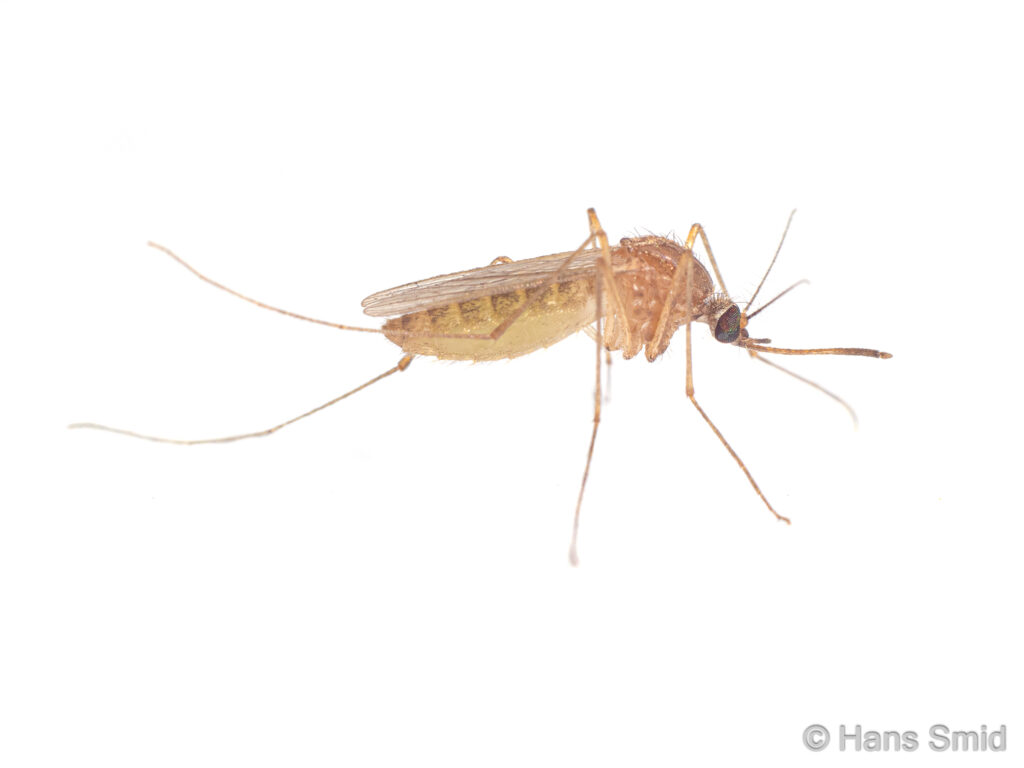 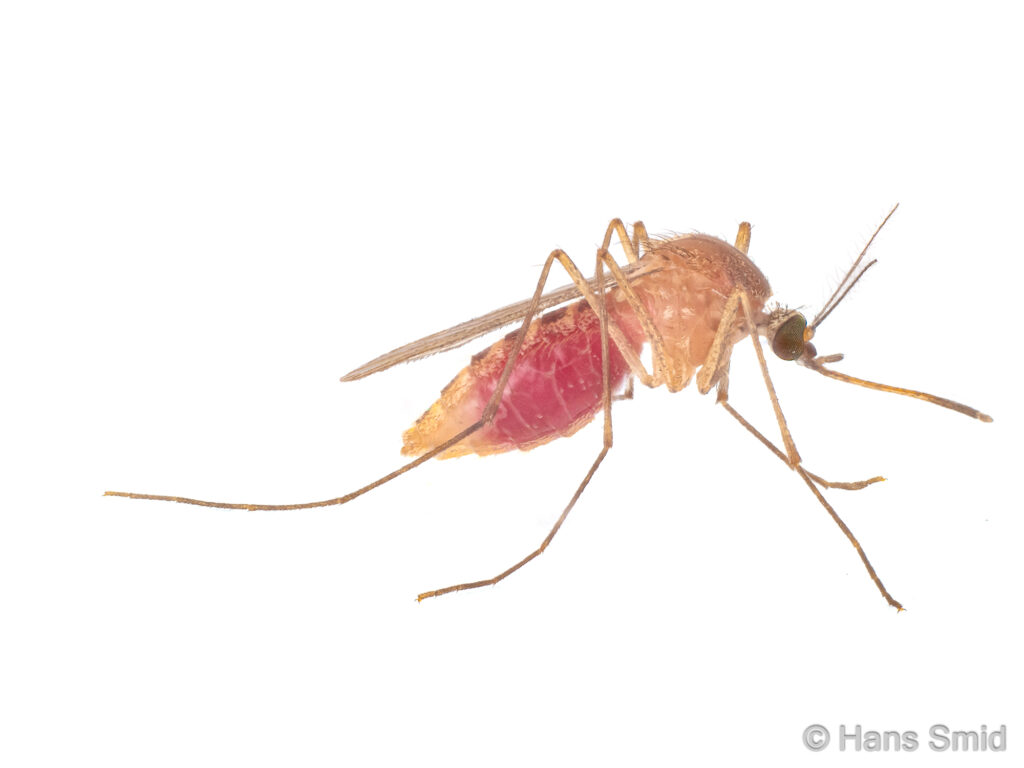 The banded mosquito, Culiseta annulata is a relatively large species, which is common in central Europe 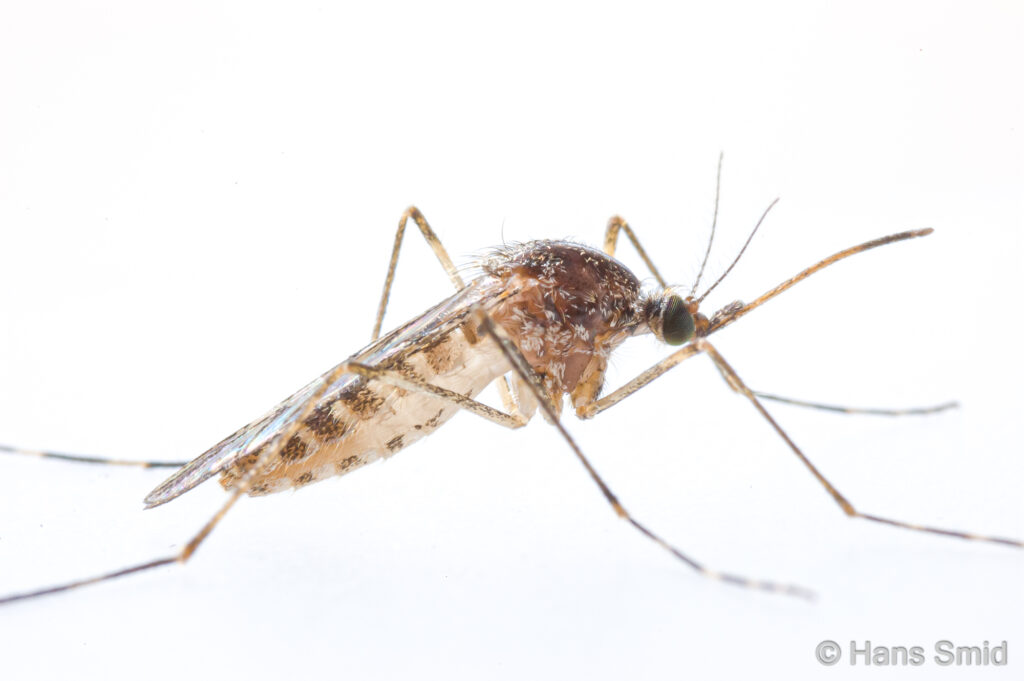 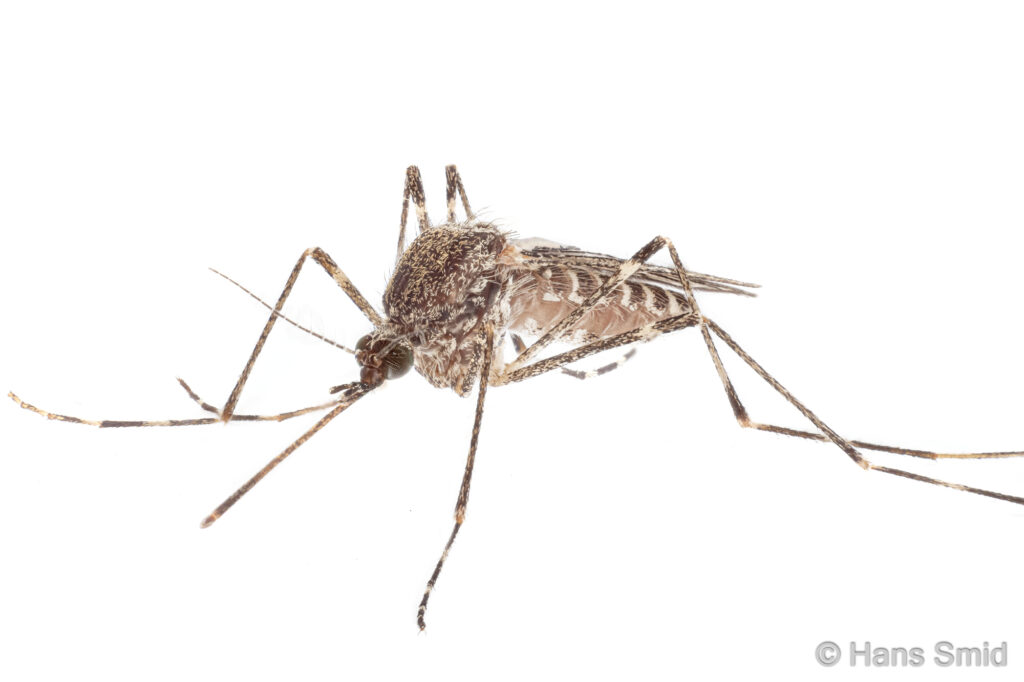